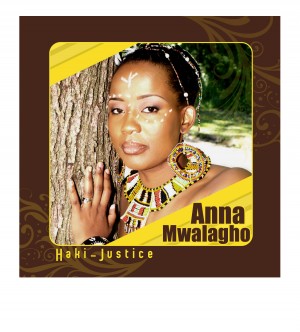 Born and raised in Kenya, East Africa, Anna Mwalagho is a truly remarkable renaissance woman and a triple threat performer. An internationally recognized comedian, poet/spoken word artist, singer/songwriter, actress, and storyteller. She has won numerous national awards in her native Kenya and here in the USA.

Internationally recognized as the “Queen of spoken Afrobeat” and also “Mama Africa.” She has captivated many with her blend of comedy, spoken-word, songs, acting, African dance, and storytelling into an electrifying one-woman show. Her theatrical poetry inspires, evokes thought and entertains as well as educates all ages and races. Her music has a unique message from the soul of the motherland, it tells the story of life’s rough but fulfilling journeys, her comedy fuses laughter with the truth. The excerpt of her One –Woman show went viral on Facebook with over 2.4 million views and still counting.

Since the launch of her career in the United States, Anna has become one of the most sought after African comedian, poet, and Spoken Afrobeat artist. She is not only a solo artist but she also owns her own band known as “Afrofloetry Band” the band has opened up for two international legends, the king of Afro-jazz Hugh Masekela and International acclaimed legend of Afro-pop Oliver Mtukudzi famously known as “Tuku Music” of whom she even collaborated with him doing her poem “Flavored world.”

Not only has she entertained dignitaries such as the NOBEL PRIZE winner, the late Dr. Wangari Maathai, professor Henry Louis Gates Jr and actor Forest Whitaker, she has graced the stages of high profile venues including, The Kennedy Center, The World Bank, US Army Material Command, UNAIDS, America’s 400TH Anniversary, US Africa Business Conference, Africa day celebrations, Washington Convention Center and many more.

Anna Mwalagho is not only a performing artist but also a social activist and a philanthropist. She has been supporting Upendo Educational Children Rehabilitation Center in Nairobi, Kenya (Huruma Slums) since 2008. In 2016, she formed Upendo Educational Foundation Inc, in the USA a 501 (C) (3) non-profit organization which caters for the needs of the less fortunate especially children’s educational assistance and cultural arts programs. A percentage of her merchandise sale caters for the foundation.

She was awarded a certificate of recognition and appreciation for her dedication and service by the County Executive of Montgomery County, Maryland. She was awarded a Cultural Ambassadorship award for representing the Kenyan Diaspora through her work by the Jamhuriwood Awards and, she was also appointed an Ambassador for peace by the Inter-Religious and International Federation for Peace.

She has released three musical albums, a poetry book and a DVD of her comedy and poetry. In 2018 her third album Shukrani made it through the first round of Grammy award nominations for children music. These three CDs attest to her beliefs of social and economic justice, human rights, equality, Pan-Africanism, and poverty eradication.

In 2018, Anna debuts her one-woman play- “Never Thought I Was Black till I Came to America.” The play has been received with successful reviews and sold-out shows. The one-woman play is the story of Ms. Anna Mwalagho and her experiences as an immigrant in America. The play takes you through the unwinding road of challenges and triumphs in America. Narrated through comedy, storytelling, poetry, prose, music and collected anecdotes of Anna Mwalagho. This play is riveting, witty, comical and provoking.

For more information about Anna Mwalagho please visit www.annamwalagho.com. Also, do not forget to subscribe to her YouTube page www.youtube.com/mamaafricaanna www.facebook.com/annamwalagho www.instagram.com/mamaafrica_anna Her philosophy is “Dance. Sing, laugh and truly love, as this is the joy of life.”